Preen and Prance and Promise by Bruce C. Embrey

I can't bear it, can you? Children dying, no matter how or when or where it happens, is one of those things I'll never get used to. One of those things I never want to get used to, although it feels these days as if those children who die by guns held by madmen are simply collateral damage so that the politically conservative interpretation of the Second Amendment can be held in the same reverence as the Bible and controlling women's bodies. And we can continue to do nothing. Nothing.
Am I angry? Am I still angry even after hearing and reading about how the "government is trying to take the guns" ad nauseum? Damn right.
Bruce Embrey wrote a poem he graciously allowed me to share. He's angry, too. And frustrated. 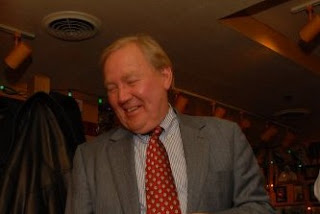 PREEN AND PRANCE AND PROMISE

Can you recall the first time
You heard that children died,
In school where they were safe
From the crazy, rising tide?

It started out with Columbine
And we thought surely now
Our politicians would respond
With a solution that really wows.

They preened and pranced and promised
But nothing could they pass,
For the NRA and gunmakers
Had them by the ass.

"The right to arms is absolute,"
The NRA still lies.
Fearful politicians voice agreement
So honesty has died.

When you take their money they own you
And never can you stray
Lest you lose their support
And risk their intimidating way.

The names of schools keep piling up,
Sandy Hook, Parkland, Noblesville,
Uvalde, 288 in all.
But wait a month, we'll count again
And add the latest brawl.

"I have a right," the gun lobby says,
"And on that point we won't give."
But I hear the voices of dead children asking,
"Don't I have a right to live?"

We'll never collect guns although that lie
Has persisted for many years.
It's the most effective way
To stoke the fire of fears; AND SELL GUNS!

Are guns so very important
That they buy the votes of Congress?
Are we to trust the so-called leaders
Who betray us by accepting their largess?

I hear the voices of the dead
Whose shattered bodies scream.
"Are gun rights so important
That they trump our right to dream?"

So preen and prance and promise on
We know you won't answer the call.
But surely your reasons should make more sense,
For now they make none at all.

Have a good week. Be nice to somebody.