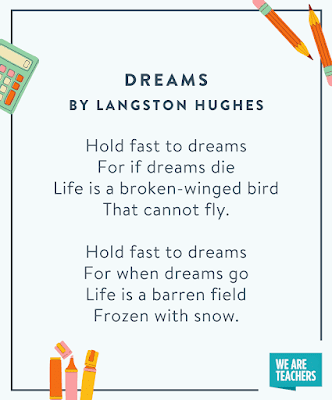 This came mostly from 2019. The past week or two, I've been buying school supplies here and there, worrying about Covid in the schools, about how kids are bullied, teachers are bullied, and pubic education is under constant fire from the same people who are holding the fire extinguishers behind their backs and saying "Gotcha!"

Am I biased? You bet. I have kids who teach and a grandson still in middle school. I'm afraid for the students who may not get what they need in the future, whose school curricula may be built around political platforms instead of the truth, and who have to learn to take cover before they learn the alphabet and "Red Rover, Red Rover..." I worry about teachers ending up having to be armed, because...you know...they don't have enough to do.

I'm a mom and a nana. I got a little sick writing that. Thanks, again, for opening the Window and for reading it even when you don't agree with it.

Her name was Margaret. In my freshman year, she had someone else grade short stories we wrote, just to give us another outlook. I got great feedback--I held onto that a long time. Great feedback is an immeasurable gift.

His name was Gordon. He encouraged.

Her name was Clauda. She taught both English and Latin, and I learned more about words and their origins than I ever would have thought existed.

Her name was Jane. She didn't think I'd EVER learn to type, but I did. Finally. Not well, but well enough that being a writer was much easier than it might have been.

His name was Joe. He taught Algebra and about life, and when I sold my first book, he brought me a dozen roses.

Her name was Mrs. Sullivan. She was my first grade teacher and she didn't like me, but she let me read with the second graders because I was bored. I was scared to death of her, but I learned. Every day.
His name was Graham, although I don't think they called him that. He taught Senior English. It may have been my favorite class ever.
His name was Jerry. He was a heck of a basketball coach, and he taught American History and made me love it. He also gave me a C in it. It's where I learned you don't have to be good at something to learn from it and enjoy it.
I graduated from high school 54 years ago. The list above is a microcosm of the ones who taught me in those 12 years on the way to graduation. I still remember their names, what they looked like, and things they said to me.

On November 19, 2019, almost 20,000 teachers went to the State House in Indianapolis. They sang, they chanted, they wore Red for Ed. They carried signs, they met with legislators, they publicized the shame that is our state's stance on public education. My daughter and son-in-law were there. The support our educators received was humbling. The support they provide to their students should be humbling to the lawmakers; unfortunately, it is not.

I will get off my soapbox now. I realize it's probably not the right place for it. And yet it is. Because of those people up there, I'm a writer. I know about commas and plot and quotation marks. I know that in that 12 years with them, none of them ever told me I couldn't do anything. None of them ever said I wasn't good enough. None of them ever cared where I lived or that I didn't dress as well as other girls. They gave me everything I needed in adulthood's toolbox.

And I'm still so grateful.
To all the teachers and kids and school staff going back to school, have a good week.Be safe. To them and everyone else, be nice to somebody.
at August 06, 2022
Email ThisBlogThis!Share to TwitterShare to FacebookShare to Pinterest
Labels: #LizFlaherty, #WindowOverTheSink, Clauda Fisher, Gordon Heltzel, Graham Andrews, Jane Boswell, Jerry Lewis, Jim Wilson, Joe Wildermuth, Kari Wilson, Langston Hughes, Margaret Slauter, Mrs. Sullivan