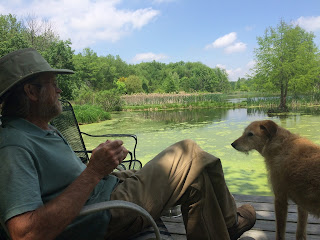 My friend Joe Scheidler is back with us today. This essay is from early March and, as always, Joe wrote what my heart felt.

We are in the transition of winter to spring, the time when our acclimation to cold is quickly undone and we’re less comfortable with a north wind and 40 degrees than we were at 10. There’s a lot going on. Sandhill cranes are winging northward, redwing blackbirds are singing, daffodils are breaking ground, sap is running, geese are bickering over prime real estate. The list is long and timeless, understood yet filled with mystery.

It’s a fickle time of year for weather. Warm and cold air masses combine to spawn storms, some severe. Too much warm too soon pushes buds to break then the frost returns and a season’s fruit is lost and sadness settles on the orchardist. All this is complicated by a climate that has changed so normals are no longer, predictions are often “unprecedented”, and weather events are breaking long established records.
Our old dog, from all indications, is unconcerned. As long as the weather is not brutally hot her contentment is certain and predictable. Early spring, late frost, weather weirdness, all are meaningless as she is singularly focused on loyalty, friendship, and squirrel patrol, and from these she does not venture. It appears she lives solely in the moment and lacks the capacity to consider or recognize changes or threats that are forthcoming. There is one exception, that being when we are about to leave without her, and she’s melting into the floor even before we’ve made the announcement. 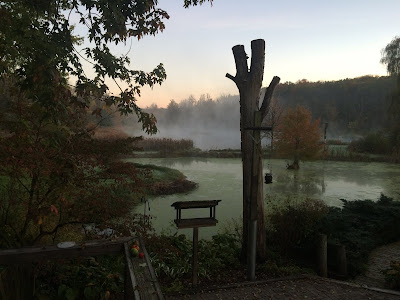 I suppose wild species are similar. Some have the foresight to cache food for hard times ahead but most subscribe to a carpe diem philosophy. Adapt or die is their motto, which they follow without plan or fret. They are totally innocent as we cripple or destroy the environments we share with them, yet hold no recognizable ill towards us, even as some are facing certain extinction or dramatic population declines due to our actions. They are, in a sense, old dogs: highly responsive to our activities and in simple need of recognition, appreciation and respect. 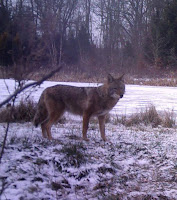 In the absence of humans, wild species would be just fine, but our influence on global ecology is complete so no place or living thing has gone untouched. It’s a relatively new development in human history, with the greatest impact occurring in just the past couple hundred years. The future of almost everything alive rests on us. We don’t turn on our phones, switch on a light, or hop in a car without an impact that ripples across the planet. Dominion, it appears, we can claim.
The old dog feels frisky after her morning breakfast and bounces her front paws on the floor and stands with ears perked, looking expectant. She clearly has a message but I’m clueless and in need of coffee, a brew made from a bean likely raised in South or Central America where lush forests once stood and migrant birds once wintered; a bean that was processed and shipped, accruing a handsome carbon footprint, so I could grind and prepare it in my kitchen using appliances and gadgetry that were produced from mined metals that were smelted then poured into molds or stamped into products deemed essential for comfort in modern society and demanded by hundreds of millions of anxious consumers. And in the process of getting my beans countless people profited and they, too, wanted to buy more stuff, so to satisfy this new demand more mines were opened and the whole industrial complex was given a boost. The stock market reacted favorably and the money poured disproportionately to those already holding the greatest wealth and a beautifully capable planet became slightly less capable all because I felt a need for a cup of coffee. 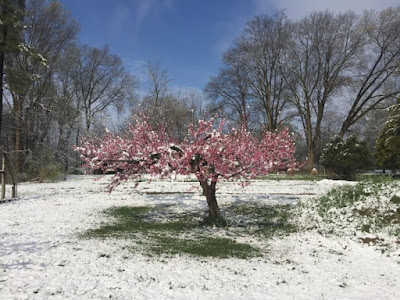 I recently read about a new lithium mine scheduled to open in the great state of Nevada. The mine, located at Thacker Pass, is promised to be a mile long and two miles wide and produce 179 million tons of lithium to help satisfy the world’s growing desire for electric cars and green energy storage. The mine will bring jobs and a valuable source of lithium from within our own borders. It will also wreak environmental disaster on a remote area of Humboldt County which, oddly enough, is named for one of the world’s most influential naturalists. One article I read states that electric cars are not the solution and cars of any sort are not the solution and we should go back to walking like humans have for 99.9 percent of our time on earth. And that made me think of an interview I heard on NPR with a man who had lost his job and car due to the pandemic and was forced to turn down a new job because he had no way to get to it. And I thought of my old roommate who has been diagnosed with ALS, and in a recent video, there he was taking a test drive in an electric wheelchair which was no doubt powered by a lithium battery. He was grinning from ear to ear.
We’re in a seasonal transition, looking forward to the end of a pandemic, waiting to see how the world reacts, setting our hopes on something that is new and just while holding the promise of prosperity. A magnificent blue globe spins in her orbit around the sun. She gives us free reign to all she has, not contesting our decisions but reacting to them. She supports every living thing, and like an old dog looking to her master, is asking for respect and appreciation. No one said it’d be easy.
Visit Joe at Springcreekland, his blog. He and Lee live near Logansport and are an integral part of Black Dog Writers, our extraordinary writers' group.
Posted by Liz Flaherty at 1:00 AM