Not What Was Intended by Liz Flaherty #WindowOvertheSink 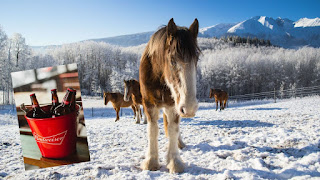 Unless the Colts were playing...or a long time ago, Joe Montana...I've never watched the Super Bowl. I've seen a few halftime shows, but mostly I just find something else to do. However, I do love the commercials. I have enjoyed this year's Doritos commercial, every year's Clydesdales, and if Betty White shows up, all the better.
I used to make shirts. One time I misplaced the buttonholes on one of my younger son's shirts. Once a buttonhole is made, especially if you cut the little gap between the stitches, it's...well, made. You can't undo it. So there was Jock's shirt with its top two buttons less than an inch apart and all the rest of them correctly spaced. Whether he meant it or whether he was just being a nice kid, he told me he liked them that way, and every shirt I made him thereafter had the top two buttons less than an inch apart.
One time years ago, we went to a concert at Honeywell. The guy we went to see was really good. We loved his show. But his opening act was outstanding--we really loved her.
I ordered a pair of jeans recently. When they came, they were the wrong size. I mean, they were the size I ordered, but they were too big. I was going to send them back, but they were so...comfortable. And if I'm walking on a cold day, there's plenty of room to wear leggings with them. They're not my favorites, I don't think, but somehow, they end up in the wash more often than anything else.

Of the books I've written, fewer than half the titles I've chosen have stuck. Most of the time, I'm okay with what ends up on the cover (although not always--want to talk about The Debutante's Second Chance?) Occasionally, I really want the title I've chosen. Such was the case with The Happiness Pact. Five years or so later, I don't remember what I originally named the story, because The Happiness Pact was perfect.
When I met Duane Flaherty in May of 1969, he didn't like me. At all. In May of 2021, we will have been married 50 years. He says he likes me now.
We all make plans, don't we? The Super Bowl is the Rolls Royce of televised football games, carefully planned by the people who are going to make money from it. The shirt pattern gives very concise directions on where to put buttonholes. Every writer I know puts a lot of thought and heart into the working titles of manuscripts. I couldn't wait to get the jeans I ordered, but they're not what I intended at all. I don't think Duane meant to ever like me that day in Keller Kleaners when we met.
I remember writing about this years ago, only I was writing about my plans for adulthood in general and motherhood specifically. My kids weren't who I thought they'd be. I was nowhere near as good a mother as I wanted to be. Truthfully, if there's a mistake I haven't made in life, it's because I haven't thought of it yet.
But I'm so happy to have our kids be who they are and not reflections of plans we may have had for them. I'm glad Duane liked me last instead of first. I'm glad the books I write are more about what's between the covers than what's printed on the front one. That Jock liked his shirts with funny buttons, that we got to see the opening act, that I like the commercials even if I don't watch the game.
I was wondering when I was writing this if it's stuff I've figured out during the pandemic, when plans are...well, pretty pointless. But it's not about plans or even goals, is it? It's about finding the good and enjoying it until you have to let it go. And then finding the good again. It's about loving when you don't feel like it, laughing when crying would be easier, and to put it into social media language, scrolling on by if it's something you can't change.
Have a good week. Stay warm and safe. Be nice to somebody. 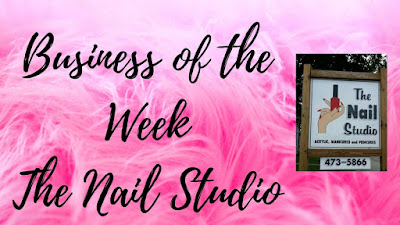 Heard in The Nail Studio: "I AM relaxed!" "Choose your color." "Have you been oiling?" "How's the family?" "How are you? Doing okay?" "Coffee?" "Want some water?" Sisters Gina Lopez and Julie White are the techs in The Nail Studio at 302 E. 3rd Street in Peru, although you get to the shop on Wayne Street.
There are often flyers hanging on the wall for fundraisers and community events. You can order your cheeseballs there. If you need to talk, people will listen. If you need prayer, it’s free without asking. If your hands need gentleness, Gina and Julie know that. If you need a little longer massage, they know that, too, because the tightness in your hands will tell them.
Like most businesses in small towns, in addition to making a living, it's about community, family, and caring. Nail care is by appointment and the phone number is 765-473-5866. Julie and Gina work with your schedule and will often rearrange their own if it's necessary to a client.
Added later: I just found out (via Facebook) that today is Gina Lopez's birthday. Happy birthday, Gina! Thanks for opening The Nail Studio in Peru.
Posted by Liz Flaherty at 1:00 AM