Bends in the Road by Liz Flaherty #WindowOvertheSink

Harry Chapin (1942-1981) was a gifted singer-songwriter. Think "Cats in the Cradle." My favorite song of his--at least right now--is "Circle." It is my favorite because I am at a time in my life when it has much meaning. Especially the following words. 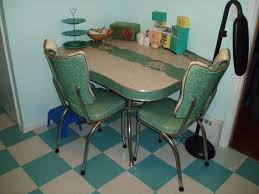 When we were first married, we had a table with three chairs. Someone gave them to us when they bought a new dinette set. I don't know if they're still called that, those oblong creations of Formica and tubular stainless steel. The seats on the chairs were upholstered in heavy plastic and the backs were either bolted between struts of the aforementioned steel or pushed down onto them. Once the plastic started giving way and tearing away in strips that revealed fuzzy yellow stuff, you could buy replacement ones that never fit quite right.

By replacement time, though, we needed four chairs instead of three, so we went to Glazier's and bought our own dinette set. It was $139 and chances are good we had to buy it on time. We bought a lot of things from Glazier's, including the next table and chairs, which were made of wood. We got five chairs because there were five of us and six would have cost more. The fifth chair didn't match the others and it didn't last as long, but by the time it totally collapsed, the kids were starting to leave home.

Our kitchen was small, so we got a little wooden table with two chairs and moved the other set into the dining room. We could now, if we searched out all the chairs plus the piano bench and possibly a bucket turned upside down, seat eight people at one time. 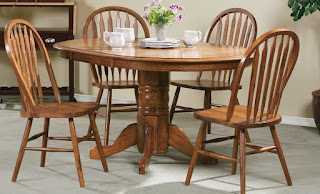 Then, I don't know when it was...years ago, we paid a visit to Glazier's for something and ended up with an oak dining room table the size of a small country and six new chairs. It's beautiful. I think we've only used it stretched to its full three-extra-leaves length a few times, but it's been nice to have. Letting it go is hard to think about.

I can't lend too much importance to the dinette set--I'll keep calling it that even though it's the least elegant of the terms we use for it. It's in your life from the time you're tied into a chair with a dishtowel in the absence of a highchair to when you're using it for a desk or a sewing table or a place to play Solitaire when you're older than you want to talk about. It's where you have hard talks with your teenagers, harder talks and hand-holding affirmations with the person you share your life with, where you laugh until tears are rolling down your face with girlfriends. There is no end to the joy and pain and healing that are shared across the table over the years.

The kitchen table is the place that you either get good at piecrust or you admit you're always going to buy it because yours is terrible. It's where families do much more together than just share meals--it's where they love each other without ever having to say the words. It's where decisions, both good and bad, are made. Hearts are broken and hearts are made whole. It is both a pulpit and a judge's bench.

So now, here we are, although Glazier's is no longer that Big Store with a Little Door we depended on for so long. The big table will be re-homed soon and we need a new table and two chairs, maybe three. Our dining area hasn't shrunk, but our needs have. We're thinking a little dropleaf one that will sit flat against the wall. When the kids and the grandkids come home, they'll wonder why we got rid of the big one because they're at a different place on the circle's curve than we are. We are indeed back to its beginning, thrilled that there aren't dead ends here and wondering what's around the next bend.

Have a good week. Be nice to somebody. 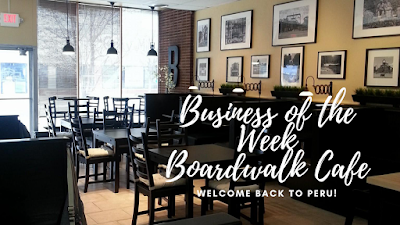 I worked in Logansport for 30 years. One of my favorite places to eat was the Boardwalk Cafe on Broadway. I was delighted when they opened a venue in Peru, sad when they had to close because their building was sold, and thrilled again when they reopened on Broadway this week. We had lunch there today--Friday--and it was as delicious as always, the service was prompt and smiley, and we were full when we left. (I also used way more napkins than the average person, for which I apologize, but I'm also way messier than the average person.) 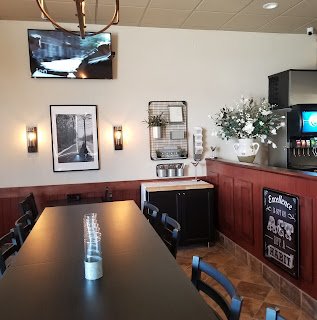