The Right Thing to Do by Liz Flaherty 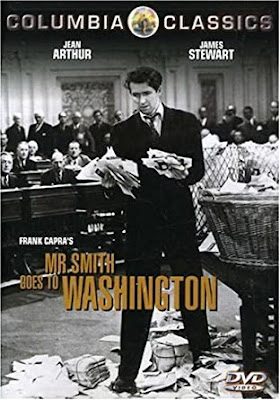 I wrote this in February of 2011. Nothing has changed.

"I wouldn't give you two cents for all your fancy rules if, behind them, they didn't have a little bit of plain, ordinary, everyday kindness and a little looking out for the other fella, too." - Jimmy Stewart as Jefferson Smith in Mr. Smith Goes to Washington


I visited the U. S. Senate in 1965 on a trip to Washington, D. C. with a friend and her family, sitting my five minutes in the visitors’ gallery at the top. I was so enthralled by seeing Everett Dirksen and Ted Kennedy in person that the tour guide had to tell me twice to “come along.” Dirksen was talking in that gravelly voice of his. I have no idea what the discussion was about, only that everyone listened.

Tonight, I watched (and listened to—I’m patently unable to sit still for over two hours) Mr. Smith Goes to Washington. This movie, with Jimmy Stewart and Harry Carey at their best and Jean Arthur at her most appealing, was released in 1939. On the off chance that you haven’t seen it, it’s about a naive scoutmaster who is appointed to fill a vacancy in the Senate. He runs smack-dab into political corruption, but he doesn't back down; instead, the movie climaxes in a filibuster on the Senate floor. Jefferson Smith, played by Stewart, talks for hours, losing his voice and coming to a black moment over a pile of letters on a table that clogs my throat up even after seeing it at least a dozen times.

I didn’t see the movie till long after my visit when I was 15, but I remember thinking something like that really could happen, because I’d been to that big room and seen for myself how people behaved there. I thought the mere presence of the place would cause corrupt politicians to slink away and—if we were lucky—shoot themselves as Claude Rains attempted to do in Mr. Smith Goes to Washington. I thought surely most of the senators in that place, and their ideological brethren in the House of Representatives, were like Jefferson Smith, there to represent the people in their districts in support of the country they loved.

Memory—the older you get, the more convenient it gets—convinces me I was right about that. It did really used to be that way. But it’s not anymore. Because now they seem to be there to cater to lobbyists, to rip each other to shreds, to try to push forward their own agendas while decrying everyone else’s in wounded and righteous rhetoric.

Make no mistake about me and my rose-tinted look into the past. I like having computers, that my wages were never gender-based, that medicine has made such huge strides in healing and quality of life, and many, many more things about today’s world. I’d be lost without cruise control, electric windows, and even television. But sometimes, in some ways, I’d like to go back.

To manners and respect and feeling safe. To dressing for comfort and average being fine and dandy and majority rules. For standing up, as Jefferson Smith did, just because it’s the right thing to do.

And I want congress to go back, too.
Posted by Liz Flaherty at 1:00 AM