Believe it or not, this is a new entry to the Window Over the Sink. The word independence was a prompt at this month's writers' group meeting, and when I got to thinking of all it meant just to me...well, it was a lot. It made me think it doesn't mean the same thing to everyone and I'd love to know others' thoughts on it--so if you'd like to share, feel free. Other than that, thanks for coming by--have a great week. 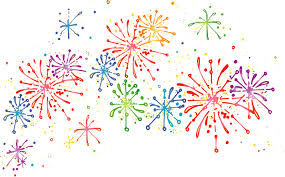 I love the word Independence. It’s a strong word, like knowledge or excruciating or warrior. It elicits strong feelings in the same way as make my day, pilgrim—never mind that I’m mixing my cowboys--or adventure or love you, too.
When I grew up, way back in the late middle of the last century, I craved
independence with a yearning I later saved for things like Marlboro Lights, longhorn cheese, and Pringles potato chips. I knew with no doubt whatsoever that somewhere out there in the land of jobs and no curfew and never again having to watch television was Independence.
I was right. And I embraced it. I made every mistake an 18-year-old girl could think of to make and then some. I made decisions that changed my life forever in ways I could not have foreseen. I did every single thing I wanted to do—and then some.  Smoked way too many Marlboro Lights. Ate a lot of longhorn cheese on whatever crackers were available. Said love you, too to the wrong person more than once. I married the right one, and didn’t promise to obey. A good thing, too. An independent thing then.
Independence as a young mother meant different things. It meant going to the bathroom by myself and sitting up late talking to girlfriends while our children slept. We were living lives we chose and loved, and we didn’t admit until much, much later how overwhelmed we were. We were working moms when it wasn’t popular, expected more emotional support from our husbands than our mothers ever would have dreamed of, and even expected help in the house in exchange for pumping our own gas and changing our own tires. These weren’t always things we got, you understand, but that didn’t stop us from expecting them. In turn, we got some Independence. Our own money, checking accounts, cars, and even credit. Later, we agreed, we would get some sleep and be able to go to the bathroom alone more often.
As a “hear me roar” feminist, I was always proud to do my part at work—

and then some. I did my crying in the restroom, didn’t ask for help unless I was desperate, and didn’t flinch from hearing the language I still don’t like. It was hard occasionally, watching a few other women play the age-old game between the genders that meant they didn’t have to carry heavy objects or do unpleasant jobs. I’ll bet they didn’t know how to change their tires, either, but that could just be me being…you know, independent.
I was masterful, I can admit now in long retrospect, at cutting off my nose to spite my face. If I had it to do over again, perhaps I would…no, no, I wouldn’t. I would still do my best to not play the game, still cry in the restroom, still not ask for help unless there was absolutely no other way.  It was a legacy I owed to my daughter and daughters-in-law and granddaughters. It was how not having to play the good-old-boy game became much more common than it used to be.
Now, in my semi-retirement, independence has taken on yet other meanings. My husband’s and my at-home jobs have become more traditional. He mows. I cook. We both clean. Some. We make the bed together from opposite sides of its king size. We are at the life stage when, for the most part, we are only spectators at workplace, political, and relationship games. It's not that we no longer care; it's that we've learned our limits.
I will not deny that some things still hurt, that anger still scrapes along every nerve, that every now and then a regret will create an itch I can’t quite scratch. But—and here’s the good part—I know and sometimes even accept that which I cannot change. I know more than I want to about life’s costs, but also know the payoff it offers; that is, for every worst day, a lot more best ones will follow.
This, then, is Independence.