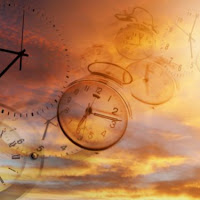 Welcome to my first Window Over the Sink of 2023. I've been sitting here, admittedly with other things on my mind, and the only thing that's really making itself heard is such a cliché.
Time flies.
See, I told you.
I've been thinking about the blog lately, wondering if the Window has run its course. With a few timeouts for lack of a place for it, I've been writing it since my kids were in high school back in the 1980s.
I've written about book-banning. I've written about writing books, having books published, and signing books. (Especially signing them with Joe DeRozier.) I've written about libraries because I worked in one and I know how important they are and because we are so shortsighted that the library in Peru is a city library, not a city-county one, and therefore those of us who live outside city limits have to pay for a library card. I can do that--or could; I don't--but I couldn't have years back. I could have gotten books from the Little Free Libraries that were such an inspired idea, but I couldn't have afforded to either buy them or pay for a library card.
I wrote about when a young mother drowned her children. I wrote about grandchildren--I have seven, the Magnificent Seven, but you probably knew that. I wrote about when children were killed at Sandy Hook, when children were killed when someone found a gun and played with it. At some point, I didn't write about children dying anymore because I couldn't stand it.
I've written about marriage because I have a long one and I really like it. I'm still crazy about the guy in the other recliner (except on the days we don't like each other at all.) I don't think marriage is for everyone, but I recommend it for anyone who wants it. No matter who they want to be married to, because who anyone loves isn't my business and doesn't require me writing about it. When one spouse doesn't listen and one doesn't dust and neither of them wants to decide where to go for dinner--that's what I'll write about. 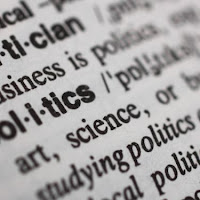 I've written about politics because I live in a place where people like me feel polarized. Notice how I said that? I said People Like Me. Because I don't feel polarized. I have the same friends I've always had. We don't tell each other how to vote any more than we tell each other what hair color to use or that butter's better than margarine. I don't watch Fox News and they don't watch MSNBC. And we don't talk about it between us. But thank God for free speech and freedom of the press, because I still write about it and they're still free to discuss it.
I don't usually write about religion. I'm a Christian. I love the Lord. No one has ever suggested I shouldn't. A teacher in Greentown suggested I couldn't be both a Democrat and a Christian and I was startled but relieved because I knew he was wrong.
In recent years, I've written a lot about aging, because...well, it's pretty personal. It's hard on your health, on your brain cells, on your memory, on your skin tone, on your reflexes...the list can go on and on. But it is so much fun getting older. Unlike some, I don't think it's a license to be rude, expect special treatment, or block the aisle in the grocery store; however, I'm perfectly willing to accept the senior discount so kindly offered by a lot of places and I do so with gratitude.
Another thing about aging is that maybe sometimes some of us talk too much, like I probably just did. Obviously, if I have this much to say, I can't stop writing the Window just yet, and I hope you keep reading it.
I admit to being disappointed that 28 years after Susan Smith drowned her little boys, children are still dying at an alarming rate because of adults. It's been 31 years since I first wrote about book-banning and it's happening all the time, all over the place now--it's no longer isolated. Marriage is still being fought over because some people think others shouldn’t be able to have it. Politics and religion are still politics and religion--they shouldn't mix but they always do.
You still have to pay for a library card if you live outside the city limits in Peru, Indiana, but free books are easy to find and you can sit in the library and read or use computers whether you have a card or not. You can take your kids to story-time even though Miss Carla retired, read the paper at the round table behind the desk, and find a quiet and safe place if that's what you need. About the library card...maybe someday.
Aging is still aging and those of us in the middle of it are still relevant. Grandkids are still the most wonderful topic of conversation and mine are still magnificent.
Have a good week. Be safe. Be nice to somebody. 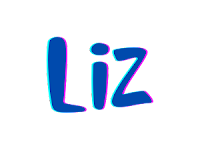 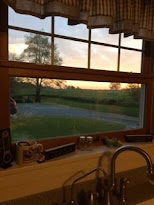