"A Song about Love..." by Liz Flaherty

I read this at church the other night at our Mother-Daughter Banquet. It doesn't all make sense, but you're used to that by now. Thanks to all the moms and to everyone else who does the job. 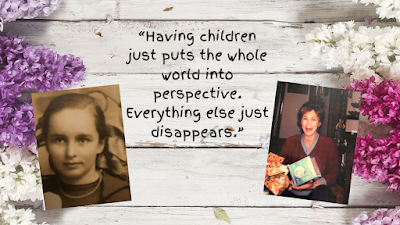 Today, I was boiling eggs and wishing I was a better cook. I was doing that because it’s what I always do when stuff I prepare is going to sit on the counter beside food made by women in Bobette Miller’s family and in Mae Dawalt’s family. As the eggs cooked, I watched the 25th Anniversary performance of Peter, Paul, and Mary. I always cry over "Puff, the Magic Dragon." I do okay until I get to the part where Jackie Paper grows up…you know, this one:

"A dragon lives forever, but not so little girls and little boys

Painted wings and giant's rings make way for other toys

One gray night it happened, Jackie Paper came no more

When the song reaches that part, I think of my three little ones sitting on the stairs on Christmas morning, shouting that “she’s looking at me!” from the backseat, and walking up the side aisles of North Miami’s gym in caps and gowns. I remember years spent on bleachers, a few momentous visits to the principal’s office, finding the box of little green army men in my son’s closet when he left for college. I closed the box and the closet and left the cleaning of his room for another day. I remember laughing. Laughing. Laughing.

I think of those things and my already-unmusical voice chokes up and I cry for those behind-me childhoods. While I have never missed my own for a single minute, I miss theirs every single day.

Except, oh, wait, having adult children is so great. They pay for their own cars—complete with gas and insurance, hardly ever have to be picked up after practice, pick up the check sometimes at restaurants. And they give you grandchildren. They may think they’re doing that for themselves, but they’re not. 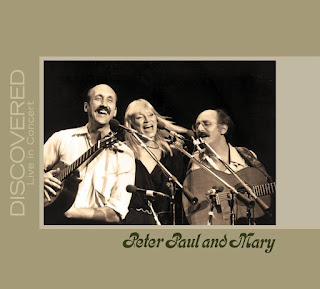 Another song Peter, Paul, and Mary sang was “If I Had A Hammer.” Like a few of you here, I’ve been singing that song since the 1960s, back when I knew everything. I loved it then and I love it now, and I realized today that the last verse is, at the end of the day, all about motherhood. I won’t sing it—you’re welcome—but I will read it here:

"Well, I've got a hammer

And I've got a bell

And I've got a song to sing

All over this land

It's the hammer of justice

It's the bell of freedom

It's a song about love between

My brothers and my sisters

All over this land" - © Pete Seeger

This is what we as mothers, with the help of our Lord and the women we learned it from, try to give our children, isn’t it? It’s what we try to teach them and show them by example. Those teachings are often incomplete and our examples often flawed. But those words: justice, freedom, love—they cover a lot of territory.

This is a little scattered, it doesn’t have an end tied up neatly, but it is said in gratitude—as a daughter, whose mother and mother-in-law taught me appreciation and about things like justice, freedom, and love. And as a mother, whose several worst days as a mom have been lost in the thousands of good ones. I will always miss their childhoods, always cry over little Jackie Paper growing up, but I will never regret either the laughter or the tears.

Happy Mother’s Day.
at May 07, 2022
Email ThisBlogThis!Share to TwitterShare to FacebookShare to Pinterest
Labels: #WindowOvertheDesk, If I Had A Hammer, Paul & Mary, Pete Seeger, Peter, Puff, the Magic Dragon