No matter the time... by Liz Flaherty 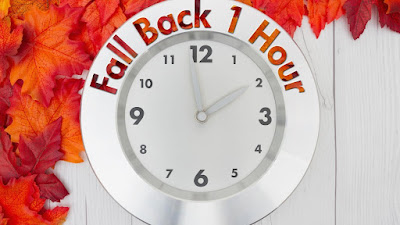 At 2:00 AM tonight--it's dark, so it's tonight, not tomorrow morning, okay?--the time will change. We will have changed most of the clocks before going to bed, so it won't be a real shock when I get up and it's only 4:30. I wake that early a lot of the time anyway, although usually I've had more sleep by then than I will have had when we gain tonight's hour. Or will we gain it? Will the day now have 25 hours or 23?
I have complained about time change ever since 2005, when Indiana's governor argued "that 'Indiana Time' was bad for the state's economy because businesses outside of the state couldn't keep track of what time it was in Indiana," and decided we should go back to doing what had made people miserable before. They survived it then, so they could surely survive it until enough politicians said "enough!" or enough people know how to Google and say, "What time is it in...?"
There is actually no point in my complaining, but that hasn't stopped me yet. I will, however stop for the moment even though I don't have anything else to talk about this morning. 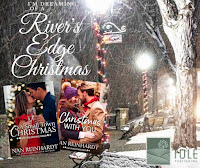 Except yesterday morning when my friend Nan Reinhardt, who lives in Indianapolis, and I were talking about small-town-settings, because we both use them in books. Her small towns are nicer than mine because they're pretty perfect. I'm more pragmatic, so mine are more the way I know them because, you know, I've never lived anywhere other than small towns and cornfields. Mostly cornfields.
But it was funny that when we were talking about the differences between urban and small-town, I went to get my nails done at the Nail Studio and didn't take any money with me. Or a checkbook. I couldn't pay with a card. 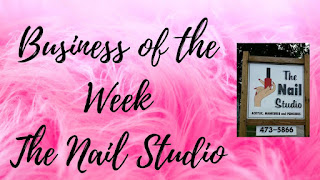 I am a habitual offender, I must admit. I tried to leave Farmhouse Café without paying. I went to Hagan's in Denver with no checks and no money. When I pumped my own gas at Beecher's, I drove merrily away without paying. When we lived in town and had milk delivered, I paid with a check I hadn't signed. These offenses have taken place over 40-some years, but, yeah...habitual.
But it never occurred to me that Julie wouldn't go ahead and do my nails, that Elmer Hagan wouldn't tell me to come back and pay the next day, that the guy who worked at Beecher's would have me arrested instead of calling Hagan's and having them suggest I go back and pay for my gas, that Missy at the café would think I'd not paid on purpose, that the milkman wouldn't call me and say he would go ahead and sign the check if that was okay.
Things like that probably wouldn't happen in Indianapolis, Nan said.
So I guess I'm pretty happy with the way things are. No matter what time it is. Have a good week. Be nice to somebody.
Posted by Liz Flaherty at 6:57 AM