"Dreamin' in red white and blue..." by Liz Flaherty 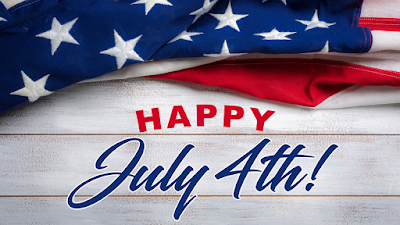 Tomorrow is July 4, the day our country traditionally celebrates its independence from tyranny, a freedom cemented by the Declaration of Independence. Arguably the most famous quotation from that document is, “We hold these truths to be self-evident, that all men are created equal, that they are endowed by their Creator with certain unalienable Rights, that among these are Life, Liberty, and the pursuit of Happiness.”

We assumed, back in the last century when we learned about it, that "all men" actually meant "all humankind." We assumed that the people who owned slaves and took life, liberty, and pursuit of happiness from Native Americans weren't really tyrants, were they? We assumed that the religious freedom they fled England to attain meant freedom for everyone's religion, not just certain ones. We assumed Life and Liberty were for everyone, not just people who looked and sounded like us. We assumed no one would pursue their Happiness at the expense of others.

There is much to be learned about assuming, isn't there? 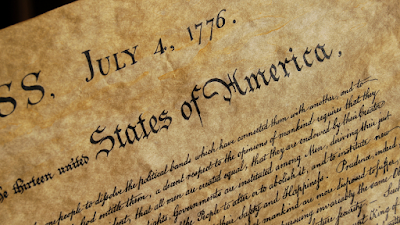 I remember--here we go with the memories again--when fireworks were fun and as far as I knew, no one got mad about people setting them off. Of course, I also remember when no one set them off until July 1st or so.

I remember having confidence that everyone's vote counted the same and that no one would ever try to stop anyone else from voting. That no one would ever cheat in elections even if they could. That was what some of those Amendments were about, right, protecting that vote? Not just your vote or the guy's who lives on a certain side of town, but mine, too, and my neighbor's and the one of the person who lives over there that no one really likes.

I remember the lyrics of the song "Only in America," both the one by Jay and the Americans and the one by Brooks and Dunn, that said we were all equal. We could all be anything. Do anything.

I love the flag. I will always stand for the national anthem. I will always recite the Pledge of Allegiance, complete with "under God." I'm pretty traditional in that way. I don't particularly like it when others are not, but it's not my business. My family has several veterans--none of whom have served so that all Americans would march to the same drum; they've served so all Americans could choose their own drums. 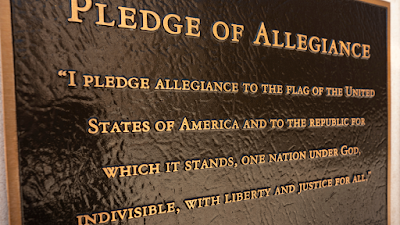 We see a lot of "if you hate this country, you should leave" these days, just as we saw it back in the Vietnam era. Why is it that disagreeing with the status quo is considered synonymous with hate? Was this what was intended that day they all signed that document?

Anyway, Happy 4th of July. I hope you enjoy the day and the year and I hope you love the country it celebrates. You don't have to love it the same way I do--that's what the independence means, I think.

Have a great week. Be nice to somebody.

Email ThisBlogThis!Share to TwitterShare to FacebookShare to Pinterest
Labels: #LizFlaherty, #WindowOverTheSink, 4th of July, Brooks & Dunn, Declaration of Independence, Jay & the Americans, Only in America