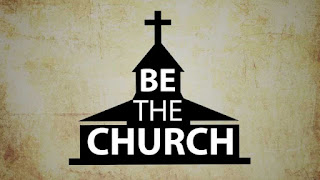 In church a few Sundays ago, Pastor Scott Mann said something that I want to remember. He said, "I can't believe in the salvation of anyone who doesn't long for the salvation of his neighbor. Be the church."

He also reminded us later in the service that "the glory days are in the future," which--for me--meant the past is behind us. (As someone who is notoriously reluctant to let things go, this had a really big couple of meanings...)

Also on that bright and beautiful Sunday morning, a cluster of us arrived at the church at once, greeting each other and walking up its steps together. I was reminded of when I was a kid, walking into a different church with mostly different people, but with the same feeling. When I tried to explain it, Chris McGuire said, "Oh, happy day." And yes, that was it.

I wrote those things because I want to remember what gifts they were. Memory gets sketchy with age. It's selective and faulty, but no less precious for all that.

Change and loss become such parts of every day that we expect them. Even in expectation, we are blindsided by them. Loss still hurts and change is still bewildering. We learn to not miss chances and to not say "one of these days, I'll..." Not that we always act on what we've learned, but we know. We know.

We also know that into those changes and losses come the letting go part. Some friendships end--even old ones. Some lifetime scars are bumpier and harder to live with and open and bleed no matter how hard we try to let things go.

We need to forgive ourselves. 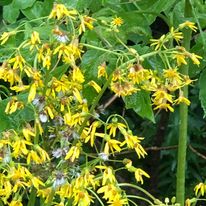 There are no words to describe how much I dislike dreary days or relentless wind. Both of those elemental events cause me to hunker down and pout, but into those gloomiest of days, the orioles, goldfinches, blue jays, and woodpeckers have flown in all their brilliant glory. Walking the Nickel Plate has become anticipatory because the colors and scents are different every day. More change. More loss.

This week has been a cacophony of change and loss and the delight of grandkids in the house. At the end of it, the sun is still shining, the birds are still singing and hanging upside down from the suet feeders--how do they do that?--and we still have the opportunity to "be the church" and to let things go when the keeping of them doesn't help anyone.

I realize the Window doesn't all come together this week. There's nothing new in that, I guess, although I wish I were a little better at wrapping things up neatly. But most things aren't like that, are they? Not that we can't wrap them up and be happy with them, but it's not usually all that neat. I think that idea's one of the things I'll try to let go.

Have a great week. Forgive yourself. Be nice to somebody.