Of backseat driving and traffic jams

This was from 1994, and I have to admit things haven't changed a lot. We do have an automatic transmission and a GPS now, but I'd still almost rather have a toothache than drive with him in the car and he'd rather I did, too. We do manage, unwanted advice and snarkiness aside, to always have a good time, so I'm good with it. 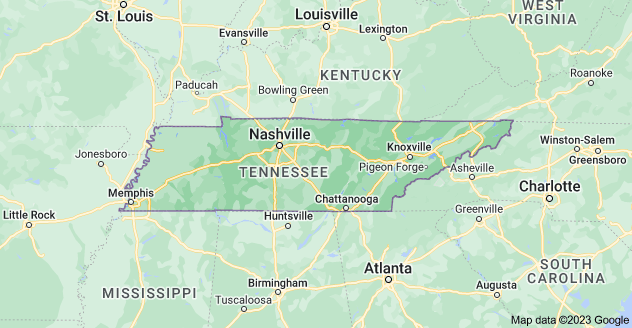 My husband and I spent last weekend in Tennessee. The weather and the Smoky Mountains were beautiful, the relative we went to visit as funny and warm as she's always been. I learned some things on this trip.

I learned that what Southerners refer to as laid-back is what we refer to as godawful slow.

I learned that road construction is not a Hoosier phenomenon, but one shared equally by Ohio, Kentucky, Tennessee, and Virginia. We could see a little bit of North Carolina across the hollers, but not enough to tell if they even have roads there, much less road construction.

I learned, once again, that if two people have been married for a long time and one of those people is perfectly well aware that the other one hates the way she drives, she should just stay in the passenger seat and read the map. Even if she knows he's tired and that she drives just as well as he does and even if they're driving what is generally referred to as "her" car. "Her" car is the newest one, the one with just barely under 100,000 miles on it, the one she cleaned out especially so that he, my husband, wouldn't make remarks about shovels and lighting matches and getting tetanus shots.

To give him credit, he didn't make those remarks. I mean, he said the car looked nice and got under the wheel prepared to drive the entire 1200 miles we were going to cover during the weekend.

That wasn't good enough for me. I had to say, "I can drive any time you want me to. I know you've got to be tired." Nice of me, wasn't it? That's part of how you stay married forever--you try to always be nice to the one who knows what you look like first thing in the morning.

But he thought I meant it. If I wanted to drive for a while, he said, he'd just take a little nap. So we pulled into a rest area and changed drivers. Duane laid the passenger seat back and settled in with pillows.

Then he told me how to back up. And how to re-enter traffic on the highway. And what the speed limit was. I turned the radio down so he could sleep. He turned it up so I would go crazy.

I drove about 50 miles. He only sat up three times to ask where we were, if I was tired, and how fast I was going.

On the way home from Tennessee, I did it again--offered to drive knowing full well no marriage should have to stand up to that kind of test twice in one weekend. In the first hour and a half, I drove three miles. We sat in a traffic jam and moved seven feet every five minutes and commented that there were times an automatic transmission would come in really handy.

Then, when traffic was almost flowing again, we ran smack into road construction and a long stretch of one-lane driving. Only it wasn't actually a lane but more like the path cows make on the way to the barn--about three feet wide and bumpy. Since I don't have a fondness for orange cones and I like orange-and-white-striped barrel things even less, I steered close to the berm and stayed there. We discussed that calmly, as in "What are you going to do when the berm runs out? Have you thought about that?" I steered closer to the orange things, driving two miles while flinching every 20 feet or so.

Pretty soon, he wasn't tired anymore and I got back into the passenger seat with my map. I turned the radio down and reached for some rich Tennessee chocolate. We talked and laughed the rest of the way home, the marriage intact.

At least until the next time I offer to drive and he lets me.
Posted by Liz Flaherty at 4:00 AM