I wrote this in 2010. I'm posting it here because it's October and Breast Cancer Awareness is important. Thanks for reading 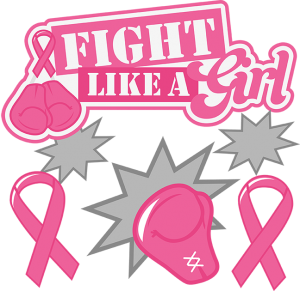 My mother died in September of 1982. She raised five children to adulthood and buried a little girl at three, something she never got over. It took having children of my own to realize that no one ever does. She was a good housekeeper, made the best cookies and homemade bread imaginable, and had a way with potato soup. Although she worked at the instrument factory in Elkhart until she married Dad, she didn’t work outside the home again until we were grown and gone, and then she was in demand as a caregiver.

Ours was not the kind of mother-daughter relationship you normally read about. We disappointed each other often. We argued a lot. I never seemed to please her, so after while, I stopped trying. I was in the midst of being a wife and a mother and working a job and in the process of doing that, I was a terrible daughter. Even all these many years later, it’s hard to type that. Hard to admit it.

It wasn’t that we never had peace. We did. We laughed together sometimes. When she was ill, I took her for treatments once in a while, though not often enough, and stopped for lunch at places she liked. The last words I ever said to her that I was sure she heard were that I loved her and would see her later. She said, “Don’t go. It’s going to be so long,” and those words haunt me still. Because even though she asked me to stay, I didn’t.

My first book was published in 1999 and I was so excited I could hardly stand it, but I sat and held the book and cried because she hadn’t lived to see it. “I wish she knew,” I said to my husband, and Duane said, “She does.” I hope he was right. My faith says he was, but my inner voice just reminds me that I wasn’t a good daughter.

I was in my early 30s when Mom died. When my kids approached that age, I went into a private panic because what if history repeated itself? I wasn’t nearly ready to leave them. I still had things to tell them, things to show them, advice to offer that they might not want but would listen to cheerfully before disregarding.

You don’t stop missing your mother with the passage of time. The gap in your life that was left by her leaving doesn’t fill up with other things. It loses its sharp edges, but it’s still there.

Why do I suddenly feel compelled to write about my mom, something I’ve never done a lot of? Her birthday was in April, Mother’s Day in May, the anniversary of her passing a month ago yesterday, so why now?

It’s time to make an appointment for your mammogram if you haven’t already had one. If you can’t afford it, call your doctor’s office. Yes, I know. A federal medical panel determined you don’t really need a mammogram yet, and even if you’re already getting them, they said you don’t need to do it as often.

I don’t care. I don’t care what they say. Get one anyway. I was still in my 30s when I had a biopsy. Thankfully, it was benign, but the lump showed up in the mammogram I had, not because I found it on my own. 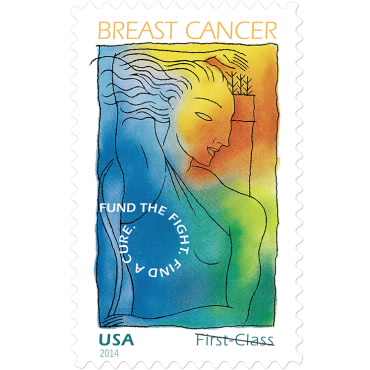 The U. S. Postal Service sells Breast Cancer Research stamps. They’re pretty stamps, they’re a reminder to everyone who notices one on an envelope, and they help a slew of people. At least in October, you might buy a sheet. You could stop in at the post office on the way to your mammogram.

If you know someone who’s doing a Breast Cancer Walk, support them. Pledge money, pledge time, make the walk yourself if you have the time, health, and resources.

Breast cancer isn’t just the disease of the month. Even though research and improved drugs have made its statistics somewhat less terrifying, it still manages to reach every family you know.

Yes, October is Breast Cancer Awareness month, but once it’s touched your family, you’re aware of it forever. Mom may have died in 1982, but she was ill for a long time before that. Although there were good times in the last seven years of her life, there were horrific ones, too. Even if you were a bad daughter, even if you’re an incurable optimist, when you remember those horrific times and how someone you loved suffered, it twists you up with a grief you can’t get enough mammograms or buy enough stamps or walk far enough to diminish.

So that’s why I wrote about my mom. To help keep you aware. Maybe to talk you into making that appointment or that donation. And to tell her I’m sorry I wasn’t a better daughter. If I had it to do over again, I would be.

But sometimes there aren’t any do-overs. I guess I wanted to remind you of that, too.

Have a good week. Make that appointment.

Till next time.
Posted by Liz Flaherty at 7:14 AM