Child of Mine by Jana Richards #WindowOvertheSink

New and on sale from my friend Jana Richards, one of the Word Wranglers! 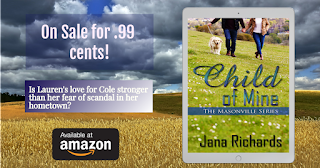 Is Lauren’s love for Cole stronger than her fear of scandal in her hometown?

Lauren didn't intend to sleep with her brother-in-law Cole on the day of her husband's funeral. But now that she is pregnant, she's not sorry. Cole's given her a baby, a long-wished-for miracle. He's been her friend forever, though she never told him or anyone else how unhappy her marriage to his cheating brother was. And she's afraid to tell the small town that considered her husband a hero that the baby isn't his.

Cole's been in love with Lauren since he was sixteen. It kills him that everyone believes the baby is his dead brother's. All he wants is to claim the baby, and Lauren, as his own. Though she marries him, will Lauren's heart ever be his?

Lauren must tell the truth or risk losing Cole. Is her newly-discovered love for him greater than her fear of scandal in her hometown?


“You mean everything to me. I love you.”
She shook her head. “You don’t love me, not really. I’m nothing more than a responsibility to you.”
“Don’t tell me how I feel.” Desperation turned to anger in a flash. Cole jumped to his feet and began to pace. “I’ve been in love with you since I was sixteen years old, but you never saw me, not really. You only had eyes for Billy. It nearly killed me when you married him, but I stuffed down my anger and hurt and congratulated both of you, because really, what else could I do?”
“No, that can’t be true.”
“It’s true, all right. I wish to God it wasn’t. I tried to push away my feelings for you, tried to love other women, but none of them were you. None of them compared to you. I thought I’d get over you, but I never did.”
Her eyes were wide with shock. “Cole—”
“Billy guessed the truth. I found out he’d been cheating on you, and I confronted him. We had a huge fight, beat each other till we were both bloody. He told me I was jealous because you’d rejected me. He said you’d never want me, that you’d always be tied to him, no matter what happened. And he was right.” He gave a bark of mirthless laughter. “He’s dead and he still comes between us.”
*** 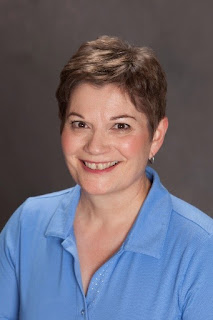 When Jana Richards read her first romance novel, she immediately knew two things: she had to commit the stories running through her head to paper, and they had to end with a happily ever after. She also knew she’d found what she was meant to do. Since then she’s never met a romance genre she didn’t like. She writes contemporary romance, romantic suspense, and historical romance set in World War Two, in lengths ranging from short story to full length novel. Just for fun, she throws in generous helpings of humor, and the occasional dash of the paranormal. Her paranormal romantic suspense “Seeing Things” was a 2008 EPPIE finalist.


In her life away from writing, Jana is an accountant/admin assistant, a mother to two grown daughters, and a wife to her husband Warren. She enjoys golf, yoga, movies, concerts, travel and reading, not necessarily in that order. She and her husband live in Winnipeg, Canada with an elderly Pug/Terrier named cross Lou. She loves to hear from readers and can be reached through her website at www.janarichards.com

Email ThisBlogThis!Share to TwitterShare to FacebookShare to Pinterest
Labels: Child of Mine, Jana Richards, Word Wranglers