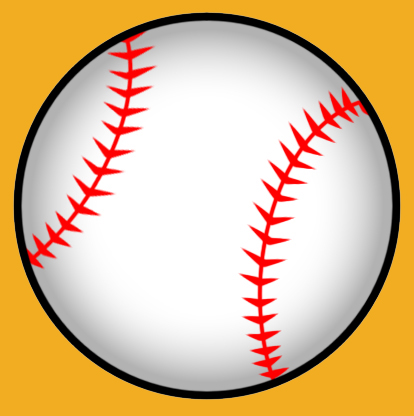 This post is old--really old--but I haven't used it for a couple of years, so I hope its reappearance will be forgiven. This summer, as we know, is vastly different from any most of us remember, but down the road a piece, the baseball fields are busy again. There are lots of cars there. Lots of people. Lots of interaction. I hope and pray everyone is safe and being as careful as they can. And I'm thankful to open my car window and hear those voices, those special voices of summer.

***
In the town closest to us--Denver, Indiana; population in the area of 500--there are two fields in the town park. Players range from knee-high to adult-size and the parking lot is always full-to-bursting. Kids are on the playground and conversations going on in the picnic pavilion. People are lined up for candy, drinks, and popcorn at the concession stand or up the street just a little piece, for ice cream, sandwiches, or pizza at D'Angelo's.

There are a lot of things that epitomize rural and small-town living, and some of those things are hard to deal with. Conveniences are...well...inconvenient. The politics can be polarizing. We worry a lot about our public schools because they're small and they're in the cross-hairs of the guns of change.

But these ball fields on sunny summer days, where "everybody knows your name" and, when it comes right down to it, everyone has everyone else's back--these are the essence of this life we've chosen here in North Central Nowhere.

In baseball, there' s always the next day. - Ryne Sandberg

I don’t mean spring flowers or myriad shades of green or much-needed rain or too much wind, though they’re here, too. I’m talking about the boys and girls of summer who dot baseball diamonds and softball fields like the brightest flowers of all.

They all wear caps and they all chew massive wads of gum or something worse. They swing their bats around above their heads and scuff up the dirt at the bases so they can get their uniform pants good and dirty. Then they slide into base a few times to grind that dirt in so that it doesn’t ever come completely out. That’s what they’re supposed to do; they’re ballplayers.

The players’ parents sit in the stands. They eat popcorn and swig on Coca Cola and talk to each other about what they should be doing but can’t because Johnny has a game tonight and Jimmy has a game tomorrow night and Lucy plays on Friday nights and Sundays. They really get tired of sitting at baseball games, they tell each other, but wait a minute! Johnny’s up to bat. The conversation changes, gets louder and more urgent. Good swing. Just get a piece of it. You can do it. Good eye, Johnny. It’s okay, just do the best you can.

But parents do more than talk at ballgames. They knit, do paperwork, fall asleep in their cars if the day’s started too early and gone on too long. They work in the concession stand and hand out ice packs and free drinks after the game. They dig into their pockets when a kid really wants a Blow Pop but only has a nickel. Then they go home and wash uniforms and talk about how glad they’ll be when it’s all over for the year and they’ll have time to do what the really should have been doing all along.

One summer, when my two sons were playing on separate leagues, I logged the number of baseball games I attended. Forty-two. That was 42 afternoons and evenings I could never get back. Good heavens, I had kids in baseball for 13 years. How many games was that?

But I don’t regret any of those 42 evenings and afternoons a year sitting at baseball games. Buying hot dogs and nachos for the family and calling it supper. Washing uniforms and handing them back to the kids before they were completely dry because it was time to leave for the next game. Talking and laughing with other parents and working in the concession stand when I’d already spent eight hours on my feet that day. I’ve never once been sorry for calling Good eye, Just get a piece of it, Good job.

Life stays rich when your kids are grown. You get to do things you haven’t done in far too long. You can make travel arrangements for two, buy milk and bread once a week, and cook dinner with the surety no one’s going to say, “I don’t like that,” and eat Cheerios instead. You can call your car your own, do laundry a couple of times a week instead of every day, and go for weeks on end without yelling, “turn that thing down,” even once. You don’t have to share your makeup, the bathroom, or your clothes. You can spend money on yourself without lying awake suffering from guilt. No doubt about it; it’s nice.

But sometimes it’s too quiet. Sometimes there’s too much alone time. Sometimes you’d like to sit on bleachers and yell Good swing, Just do your best. Because those are words you never regret saying and your kids always need to hear.

And because when it’s over, when the fat lady of parenthood sings, neither baseball nor summer are ever the same again.