One of Theirs by Liz Flaherty #WindowOvertheSink

This was a column in Peru Indiana Today in May of 2019. I'm using it because one of the people I write about in it is having a birthday on September 2. If you know Joe, or if he taught you, he'll undoubtedly remember you and be glad to hear from you. You can send him a card at: Joe Wildermuth, 340 E. 18th St., Rochester Indiana 46975.

It's not a surprise that I love teachers--two of my kids teach--and the 20 books and all the columns I've written over the years are, at the end of the day, because my teachers all that time ago told me I could. Thank you to them. Again and again and again. 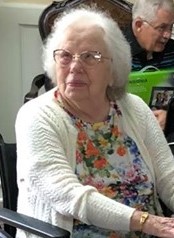 Our neighbor passed away on April 18th. She was nearly 100 years old. She hadn’t lived in her house up the road with its peonies and pristine white outbuildings for several years. A beautiful young family lives there now, but it’s still “Marabel’s” when we drive past. When we went to the funeral home, we saw more neighbors there, talked to her family, and looked at the photographs on display. Lots were of her grandkids—Marabel did love those grandkids—and even more were of other kids. Picture after picture after picture of first grade classes with a few third and fourth grades thrown in there, too. All hers. I can remember her using the term “one of mine.”

I interviewed a retired teacher for a newspaper article once--Loretta Oneal. She showed me gifts from students that spanned the decades, picked individuals out of pictures and laughed over memories. Spoke in grief and through tears of one recently lost to cancer. It had been twenty-some years since she’d taught her, but she was still one of hers. 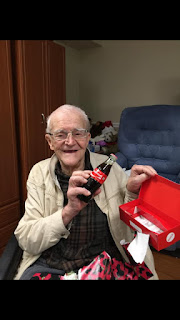 I’ve written about him before, but Joe Wildermuth taught me as much about algebra as he could (it wasn’t much) and a lot about being a good person. About standing up when giving up would be easier. When my first book was published, he brought me flowers. Because I was one of his.

Virginia Balsbaugh was the school librarian when I was in high school. She knew her stuff, knew the books, knew the students she was buying them for. We didn’t talk about safe places in the 60s, but they existed as much then as they do now. Mrs. B’s office was a safe place. For the student librarians, particularly. We were hers.

We were in a coffee shop one night when I heard Barb See, a retired teacher, ask, “Where’s my Skyler?” about our grandson. He’s 22 now and graduating from Ball State this weekend with a commission in the U.S. Army, but he’s still one of hers. 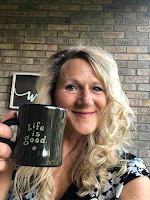 I still remember, and have told too often, of the time I went looking for the principal at our elementary school on a day I was volunteering there. I found her in the cafeteria, playing Christmas songs on the piano for the kids while they ate their lunch. None of those same kids are at the elementary now; for that matter, the principal isn’t, either, but they’re all still ones of hers.

It is a phrase, if you spend much time with schoolteachers, you’re likely to hear a lot. When they talk to each other, there’s often some eye-rolling going on—that’s when you know they’re discussing one of theirs. They usually call them by name because they have an uncanny ability to remember not only their students, but the students’ siblings, their parents, and what they wore to school on picture day. (That might be a slight exaggeration, but not much, and the absolute truth is they would remember which of theirs were prone to exaggeration—hence the eye-rolling.)

I know not all teachers are good ones. There are those who should never have stepped behind a desk. There are some who thought it would be easy, who thought they’d leave the building when the school day was over and get there the next morning in time for class to start. There are probably some who don’t fill their Walmart carts with school supplies, buy clothes for kids who need them, and who’ve never cried over a student.

But that’s not most of them. Most of them are there every day. Before and after class. At graduation open houses. At meetings and meetings and meetings. Many of them have to work second jobs to support their teaching habit, and it’s a bitter pill to swallow, but they keep showing up. Because those kids, even the ones who are hard to like and harder to teach, they’re ones of theirs.
Posted by Liz Flaherty at 1:00 AM